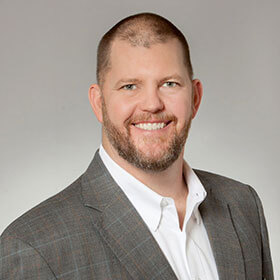 Chad joined Guild in 2016 from AmeriPro Funding Inc., an Austin, Texas-based independent mortgage banking company he founded and led for 13 years. He was named vice president and divisional sales manager in early 2020. He has extensive experience leading individuals and teams to meet and exceed their goals and objectives in achieving high levels of customer service and mortgage lending growth.

Prior to founding AmeriPro Funding, Inc., Chad played professional football for the Chicago Bears, Seattle Seahawks and Houston Texans of the NFL. He graduated from UCLA in 1998 with a bachelor’s in physiological science, and was an All-American and four-year starter for the Bruins football team.